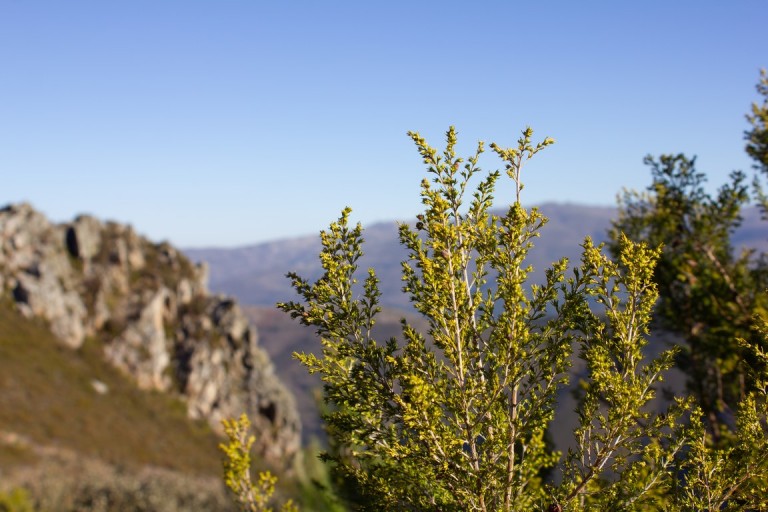 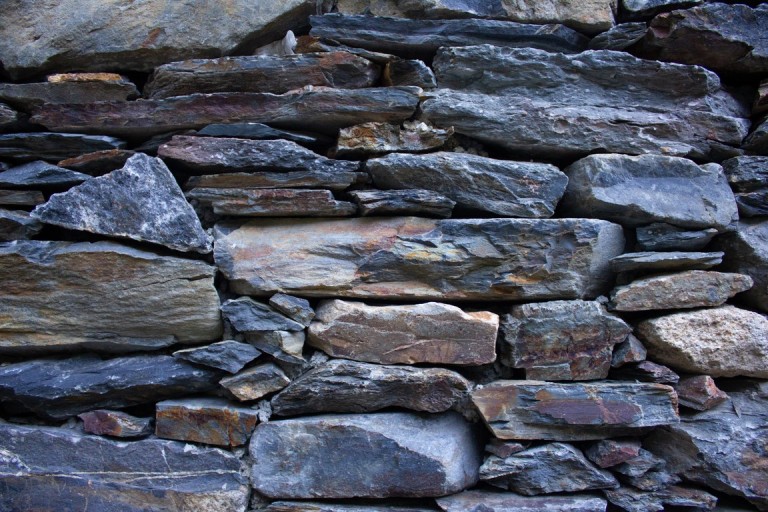 This interview is part of the “a story to share” section of the blog of Hotel Vouga website. We intend to make known the people of São Pedro do Sul, men, women, youth and above all, people who have something to tell us. We want  demystify that the interior of Portugal is not dynamic and that the life in the countryside is boring.

We went down to the Pena village on a sunny February day and after a small walk by the hiking trail “Morto que matou o vivo” (a dead who killed an alive man) we met with Alfredo and Ana, the owners of Adega Típica da Pena (regional restaurant).

We had lunch, grilled veal with bean rice and we talked with both, in fact with the three of inhabitants of the village) there was also present the youngest daughter, Margarida).

We talked about life, about the restaurant, about the animals and about the country life. We also laughed a lot.  And... we learned how to make ham!

How did you come to Pena?

“It has been almost 20 years ago. We came (my family) here for vocations and Alfredo came too and he liked it”, says Ana. They tell us that they met and married in Lisbon and after a few visits to Pena village they decided to move. Ana's grandparents were from here, and when Ana moved in with Alfredo, they still lived a year at their house and only then built their own house and moved there. At that time the village had 7 inhabitants. With the birth of Mariana “we became eight, two people died, we stayed six and that's been the average”, says Alfredo.

So how did you know how to do “the country things”?

“I was born in the middle of animals, I lived in Lisbon but I am from the countryside. We were doing everything slowly, with a lot of willpower and especially a lot of work and a lot of dedication”, says Alfredo.

“Country life is like this… we wake up in the morning, we have many animals to treat, that's the first thing to do! Then we go to the mountain to take care of the cows, the lambs, the pigs, the chickens, the sheep… we have to take care of it all in the morning”, he says. Does it take you all the morning? - "No! Before 9:00 am we are already here, at the restaurant, sometimes we have the door open before 9:00 am and we start to schedule the little things that need to be done. There are some days that we have people, some not, some days with more, others with less, but that's it, we are always waiting”.

At the end of the day, it is the same logistics with the animals. In the evening if they have reservations for dinner, they stay at the restaurant until the last client go out, otherwise they work in other things. It is so 24 over 24.

Do you remember any interesting stories that happened to you "here"?

The restaurant. When did it open?

They tell us that they came to Pena already with the purpose of opening a restaurant, "there was nothing here, where we are now, there was already a cellar, that belongs to the people from here", explains Alfredo. “We started to restoring slowly and people started to appear (not so many like now) to visit the village and we had to have something to eat, to drink a coffee”, adds Ana.

Alfredo was prepared, he knew how to do a bit of everything and he has worked in the restaurants before. However, it was a great daily learning for both.

"At the beginning it was complicated, but we were young, nothing scared us, we took the risk."

Do you remember who was your first customer?

(Pause), (Laughs) “I remember it was in escudos (portuguese coin before euro)”, share the cellar owner. People started coming, getting to know the village, the Adega Típica da Pena restaurant and the word went from word of mouth. At this moment, (20 years passed) Alfredo tells us that he has worked a lot at that time but the work that was done had a return. "It was a different time", he said.

We are in a renovated space. What would the people find when visit you in 2019?

Adega Típica da Pena opened its doors after a renovation of the space with its own funds at the beginning of February (we are the first clients since that). The space, carefully presented, large and bright has been rebuilt in its interior and exterior. Also the kitchen got bigger and more modern. The dishes, these have been kept in quality and preparation. “We kept the rustic, we widened the space, we have a kitchen as it should be! No one in the area has such a good kitchen as we do!”, adds Mariana’s and Margarida's father. “For me, I keep my wood stove”, said Ana (but it is not allowed). The ovens are outside of the restaurant and the grill is on the terrace.

Do you feel / felt that the difference between the city and the countryside life is big?

For example the animals...“The animals that you see outside are for consumption, you can eat the real thing, you know what you eat”, says Alfredo. There are roosters, chickens, pigs, sheep (their wool is taken by those who come to take it for use in handicrafts), arouquesas cows (certified by Casa de Cinfães) and oxen. You can see the animals during the hiking trail here in the village... You kill them here? “No… I mean... the chickens yes and the pigs too, the rest is in the proper place,” he explains.

And the bees? Who cares about bees and who take the honey out?

“It's me!” says Alfredo. Here the honey is delicious and it is for sale in the cellar, such as the honey liqueur (also delicious). Related to this theme, we had a little talk about the issue of Asian wasps and their nests, a problem that has also affected beehives in the Pena village.

So what it is possible to taste/eat here?

“Everything that is produced here at the meat level, the sheep, the lamb, the veal and the chicken,” suggests the “chef”, because the cooker is Ana! They do not forget to mention the sausages, the salpicão, the chouriço, the ham... all made in the smokehouse by the both.

(At the moment we take the last slices of ham and salpicão left over from the table)...

The fish is not produced here but the restaurant menu has codfish, made in a lagareiro or house way.

There are also homemade bread, ham, chouriço ​​and salpicão. For dessert the restaurant has fruits or homemade desserts.

The ham (the leg) stays a month/ a month and a half in salt and two months/ two and a half months in the smokehouse and then goes to the place that keeps the temperature and can rest there two or three years, “as longer, better” recommends Alfredo. Salpicão is made from loin and pork neck meat. After being in a garlic vine, the meat it is putted in the gut. It stays a month/month and a half in the smokehouse and then is frozen or putted in oil for better conservation.

So what it is possible to drink here?

Good white and red wine. The "house" wine is not from the Pena village (because it is not produced here) but it is from the wine area, Dão and Douro... Above this there is a great offer in the wine cellar, vast and varied, as suggestion: Pêra Manca, Barca Velha and Pedra Cancela… There are also, liqueurs (honey and chestnut) - a beautiful aperitif for the trip! Liqueurs such as honey are made by the couple.

What do you value more about the place where you live now compared to the city since you have already lived in Lisbon?

"It's the contact with the nature, the silence, there are no words ...", sighs Alfredo. “We are used to it and the city no longer tells us anything”, adds Ana. They haven't been in Lisbon for two years now, and when they go to the city it is just to shop or to pick up their oldest daughter (who joined college this year).

Above all, since they have the door of the restaurant open they could not be far away, someone can always come and also the animals, have to be treated, they explain

BE PART OF THE FAMILY HOTEL VOUGA