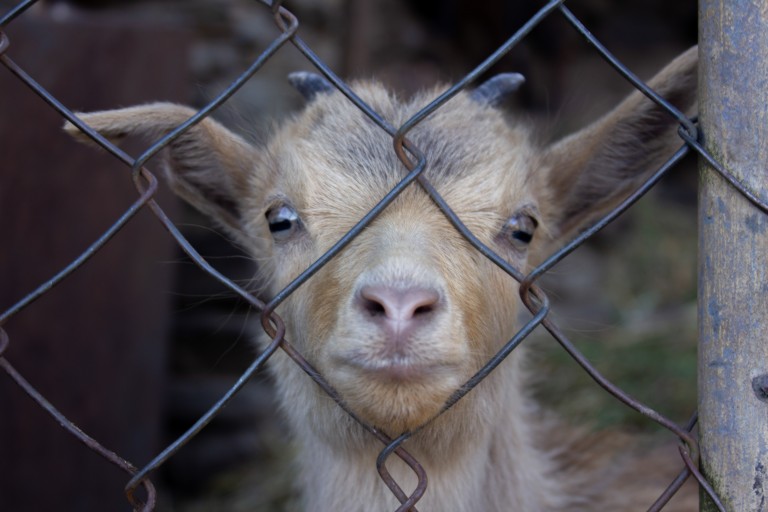 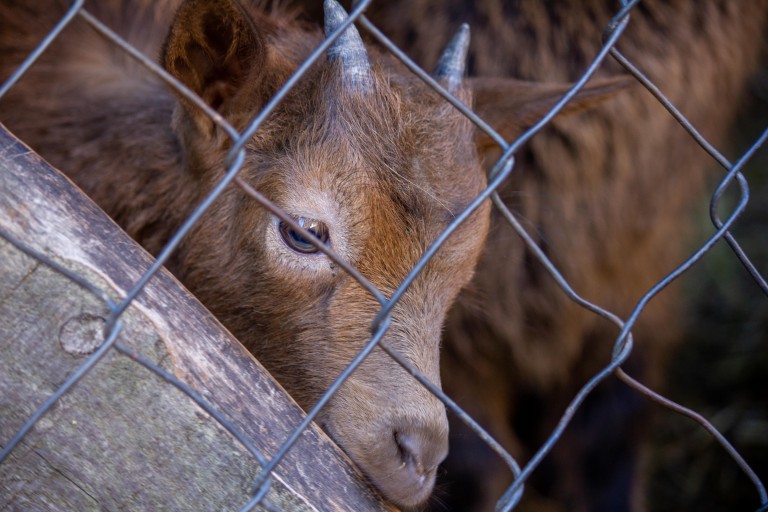 We arrived at Covas do Monte very early, the herd had not left the corrals yet. The tour we took in the village, I dare say that maybe no one (unless the locals and landowners) did it. We passed all the streets and many paths between lands. We passed by the watermill, the chapel and almost got to the mills!

Filipe was born in France in 1978, he is married and father of two boys, he also has a sister.

He is married to Ana and his older child is nine years old and the younger two and half. One is already at the school, in São Pedro and the other stays at home with Ana.

Amelia is Filipe's mother-in-law, Ana's mother and Vicente and Zé Pedro's grandmother. She is 53 years old, married to João Pedro and manages the restaurant Amigos de Covas do Monte. She is a very dynamic person. Amelia was born and always lived in Covas do Monte.

You always lived in Covas do Monte?

“No”, answers Filipe. As a teenager, he came to Covas do Monte at the request of his father, who needed his son's help and strength to take care of the house, of the animals and the land. He completed his 12th grade, worked as a postman at the Post Office in Viseu, also as a truck driver. Then, he returned definitively to the village and started the agriculture project “it was the best thing I did,” he says.

After starting to work in agriculture, he says he “practically does what he wants”. Filipe has his own schedule, he knows what has to be done and when. He has time to be with his family and he is watching his children grow up. “I live a good life here,” he says.

Meanwhile comes Filipe's mother-in-law, Amelia, bringing more wine and asking if everything is ok. We continue to eat… and talk. “It's easier to "hold" money here, not to earn more but spend less...Here we have the potatoes, the veal,” says Filipe.

“My normal day… depends on the seasons of the year, there is a time for sowing, harvesting and grazing. We are five shepherds, one day goes one, another day goes someone else”, says Filipe. Filipe does it twice a week and another boy too, the others 3 do once a week.

But why do you need everyday to the hill? "The cattle is from the hill (not from milk), if you keep it in the corral eating only corn, they get sick," he explains. And you spend all the day “on the hill”?

It depends if it is Winter or Summer”, he says while he eats.

In addition to dealing with goats, sheep and land, Filipe has a part time, the smokehouse, in one of the kitchens of his house. It is common in this village for people to have more than one kitchen. One is for the meals and to the daily use, and the other is for “these things”: to make bread, sausage and chorizo.

How many people live in the village?

The place where we are now was the old elementary school. It still has the fireplace, the tile, the facade as it was. Do you remember that time?

"Yes, my mother-in-law also remembers." The school closed in 1987, when Filipe was 11 years old. After that there was the Telescola and the inhabitants of Covas do Monte were still able to study and learn a little more.

It was school and now it's a restaurant. How was this transformation?

After ten years with the space closed, the old school reopened in 1999 as a restaurant. It opened with the Serra Nostra project through which it was possible to do small works and furnish the space (the dishes that we have in front of us have the blue and green logo with the letters of the project name). It was created on that time the Associação Amigos de Covas do Monte and the name of the restaurant became also this. The grant is now for each 2 years and the selection is made through a proposal by a closed envelope. Amelia is responsible for the restaurant for some time and from what she tells us, everything goes well, “people call here to do the reservation for lunch or dinner (“now that I have a phone ”) and large groups come here too with any reservations”, says Amelia.

What is possible to eat here?

Our meal filled the plate with a veal rib and rice with beans and turnip greens. At that moment, Amelia brought us chips just to pamper us.

The restaurant's menu has lamb, cabidela rice, chanfana with boiled potatoes (goat in the pan), veal and veal chops with beans and turnip greens. It is noteworthy that the bread that is served is from the village, made from the corn they sow, “each house makes its own bread”, adds Filipe, “and when we don’t have we borrow”.

Amelia joined us. He sat in the corner beside Filipe, in front of us.

Where did you learn to cook?

“I don't know, I learned alone”, laughs Amelia. To guide us in the beginning we had at the Restaurant the Professor Daniel. “He helped us and taught us how to cut the fruit, to serve the lunch and dinner, to put the table,” she says. “We started to serve each client but then people said, “Putt the plate on the table and we serve ourselves”. “It was also more practical for us,” she says.

What it is possible to drink here?

Wine and water. The wine is from Silgueiros.

The animals. What is the community herd?

“The community herd was bigger than it is now, there were three groups,” begins by telling us Filipe. At that time, not one but three shepherds go to the hill, together. Later just two and now  just one shepherd who is responsible for 500 goats.

“Just to clarify that the pastoralism is communitarian, not the herd”, he explains. The herd has its owner and after a day of shepherding returns to their place, "one or the other goes into the neighbor's corral" but then it is easy to identify whose it is because they all have some marks.

We questioned the situation of the Iberian wolf. “It attacks... sometimes more, sometimes less… it can pass a week without appear, then appears every day.” Are they dangerous for the people? “While there are goats, no!” And when a wolf attacks a goat, then what is the procedure? Before, they called the São Vicente Nature Reserve and the ICNF (Nature and Forest Conservation Institute) and they came to do the survey and then create a card with information for each animal.

The big problem is that 70% / 80% of the animals that the wolf kills, are attacked in one place and then left in another. “Now we have to send a photograph of the animal's number by the internet. As we do not have internet, many of us give up. It is becoming increasingly difficult to receive the money for these losses and damages”, he laments.Their protection are the sheepdogs. They remain the necessary defense scaring the wolves when they want to attack.

“It is Castro Laboreiro, it was the first dog that came here, it is very docile, it is mine, the black one, it was in 2011, before there were no dogs here, they were just dogs”, he says. “Serra da Estrela it is also very good,” he adds.

We refilled the glass and the conversation continues, but from that moment it flows more slowly.

Which animals exist in the village and what is taken of them?

There are cows, goats and sheep. "The males are to eat and the female goats are to stay in the herd. There are also pigs and chickens. We eat some and we use other parts to make sausages.

What do you valorize more in the place where do you live now?

Amelia was the first to respond, “I like working in the field. I like working here at the restaurant, I like going to the goats, “my kids”, sheep, cows, pigs...”. In the meanwhile the phone rang and Amelia went out saying, "It could be some reservation."

“I even like more than I will say, my freedom, not having hours”, says Filipe. “My friends ask what do you do at night? and I answer: I drink coffee at the old primary school and feed the cows,” laughs Philip, we all laugh.

There are some new projects for the village, improving access, marking new routes, building a viewpoint and Filipe is a very interested and dynamic person ready for new challenges… and when it comes to the village, even more!

That's really good! It is also an example to your children, isn't it?

"Yes. It's nice to be able to do something, when you can't do anything it's boring.  And even more when it works as an example of a father to his children and to the people,” he adds.